Beauty as An Act of Hope and Defiance

Several weeks ago, I posted a blog entitled “Can You Find Beauty in Everything?” The discussion focused on two disparate experiences that happened at the same moment. On my way to work, I was contemplating how I would react to the exhibit Auschwitz. Not long ago. Not far away. At the exact moment, I passed by a house that was covered with murals, one which said “Find Beauty in Everything.” This clash of emotions led me to the question - In an exhibit that would address cruelty, dehumanization, hate, and evil, would I find beauty?

I want to state clearly that there was no beauty in the Holocaust, or any other act of hatred and bigotry.  It is loathesome, vile, and abhorrent.

My question is how humans, particularly those deprived of their humanity, found the will to live. What did they hold on to during their internment and how did those who survived cope with memories of the atrocities?

Auschwitz. Not long ago. Not far away. at the Museum of Jewish Heritage, traces the systematic development of Nazi ideology and tells the transformation of Auschwitz from an ordinary Polish town, known as Oświęcim, to the most significant Nazi site of the Holocaust—at which approximately 1 million Jews, and tens of thousands of others, were murdered.

Before even walking into the museum, you come face-to-face with a German-made Model 2 freight train car, the kind used for the deportation of Jews to the ghettos and extermination camps in occupied Poland. I imagined what it would be like to be in this with 80 people, days on end, little food, little water. The uncertainty and fear. 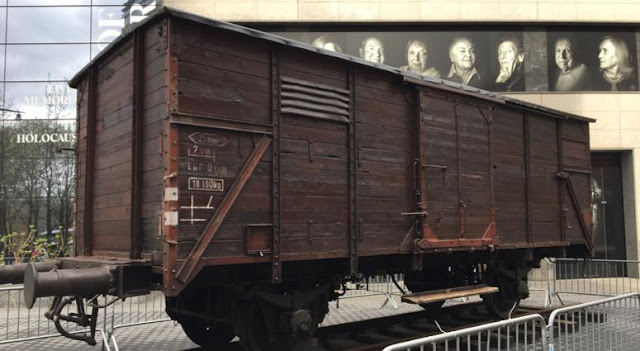 Towards the end of the exhibit, there is a plain white door of a gas chamber. The small peephole is covered with heavy wire that was to prevent the glass from shattering while people threw themselves against the door.  I did not try to imagine this.  No light, no air, just gas, fear, and the certainty of death. 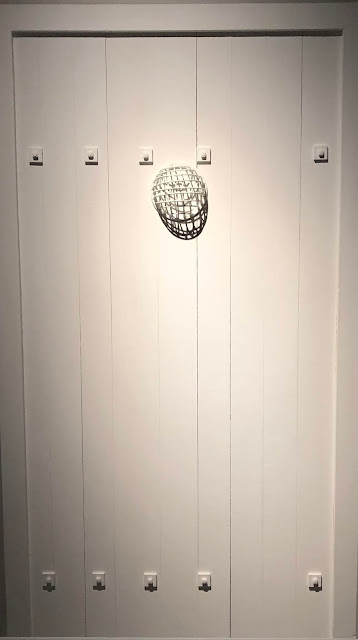 This exhibit, if nothing else, shines a bright light on how the Holocaust was a series of calculated steps. From questions of how to dehumanize and demonize people, how to transport and house the victims, and how much gas to use in the chambers, everything was methodical, approached like a solution to a problem. The final solution.

Inside the exhibit, I looked closely at hand-crafted objects that people packed up in haste, finely embroidered shirts, shaving kits, prayer items, books. However, the items in which I found beauty were those that the inmates created for themselves, or fellow prisoners. These were letters, birthday cards, and most poignant, a hand fashioned comb that was created by a young woman, at risk to her life. This comb was an expression of her own humanity, an act of defiance, and a symbol of hope. 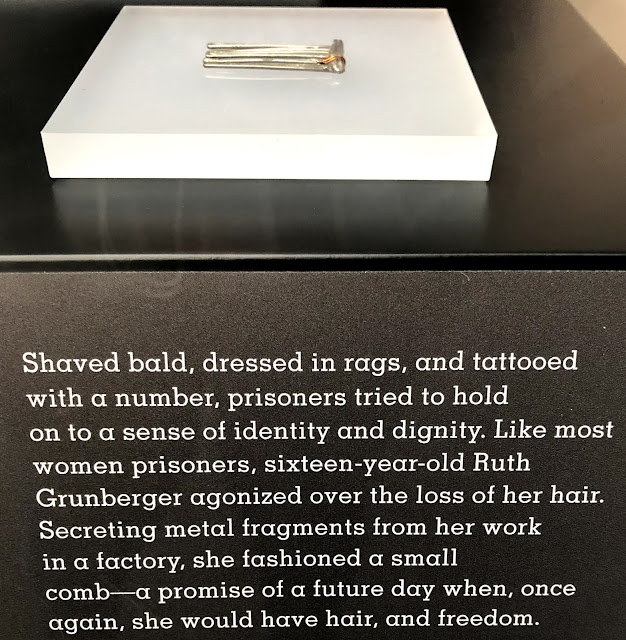 Then there were the drawings, by artists Alfred Kantor and David Olére, which documented the everyday atrocities of the camp.  It was illegal for prisoners to make art that was not ordered by the Nazis.  If found, there were harsh punishments, including death.  However, prisoners found ways to create art and then kept it in secret or smuggled it to the outside world.

Alfred Kantor's and David Olére's intimate, visual accounts, created both during their imprisonment and immediately after, are frightening and haunting.

David Olère, (1902-1985), was a Polish-born French Jewish painter and sculptor. In 1943, he was deported to the Auschwitz camp and assigned to the so-called Sonderkommando, a special labor unit responsible for emptying the remains from the ovens of the crematory and for removing the bodies from the gas chambers. Shortly after the war, Olére created 70 documentary drawings that gave testimony to the atrocities of Auschwitz.

Alfred Kantor (1923 – 2003), was born in Prague. In 1941, he was deported to Terezín then to Auschwitz, and final to Schwarzheide, a Sachsenhausen auxiliary camp. Most of the sketches that he made during his internment were lost. After liberation, in the summer of 1945, over two months, Kantor recreated the lost sketches that he had committed to memory and wrote captions for each of the 127 images. In his book, The Book of Alfred Kantor, he writes "My commitment to drawing came out of a deep instinct of self-preservation and undoubtedly helped me to deny the unimaginable horrors of that time."


While the exhibit did not contain paintings of lighter subjects, prisoners did create art that was more colorful and alive.


(both images from Heritage Times)


Did I find beauty in the exhibit? At the time, no.  Struggling with this, I went back to the Beauty Statement and Beauty Manifesto for guidance.

Definition of beauty from the Beauty Statement:

An experience that compels us to stop and admire, even for a moment, because of a unique characteristic or character. Beauty creates a sense of happiness, hope, connection and awe. Though deeply personal, the emotional response to beauty has the power to connect, transform, and transcend.

Beauty Manifesto tenets that guided me through this process:
The objects, like the comb or the paintings of flowers, embodied memories of freedom and symbolized the hope of its return. Kantor's and Olére's drawings were also based on personal lives and shared experiences. But, they took/take on a different meaning.  These sketches were created to bare testimony to evil – so that it would be known to others. It was a different hope, the hope that by telling the truth, it would not happen again.

All of these objects represent a defiance against the Nazi regime and their efforts to dehumanize the prisoners. A desire to state the truths, find connection, and transcend the horror. In this, I find beauty.

I did not need to see Auschwitz. Not long ago. Not far away. to know that our world is at a crossroads. But it was a strong and visceral reminder. Is a wall today, a ghetto tomorrow? A refugee camp today, a concentration camp tomorrow? A shooting in a synagogue, mosque, or a gay club today, a Kristallnacht tomorrow? 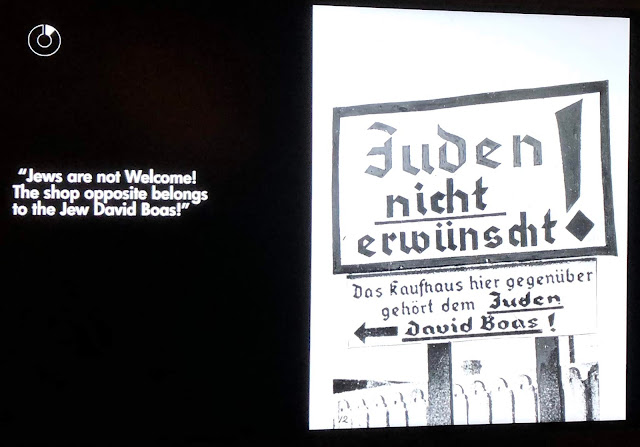 Perhaps we all need to look hard for beauty today, to find that which lifts us up, and connects us to others. Let this be a call for hope and defiance.

This is my idea of beauty as an act of defiance: public  playgrounds where people of all backgrounds, faiths, ages, abilities, gender, races, class, political party, and sexuality can run around freely, safely, and together. 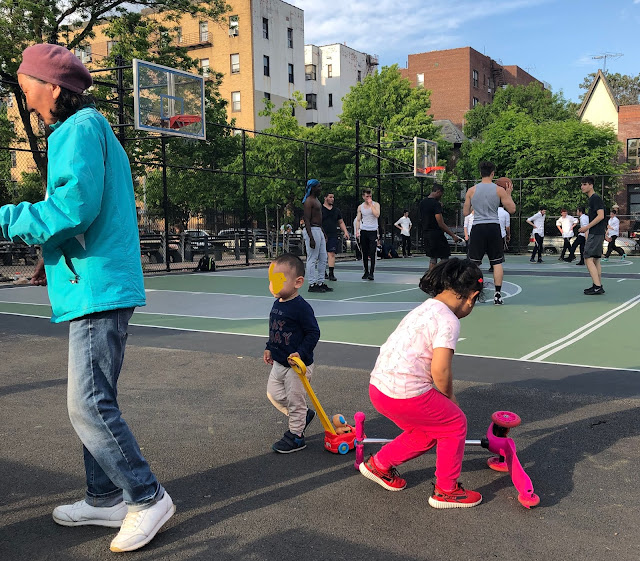 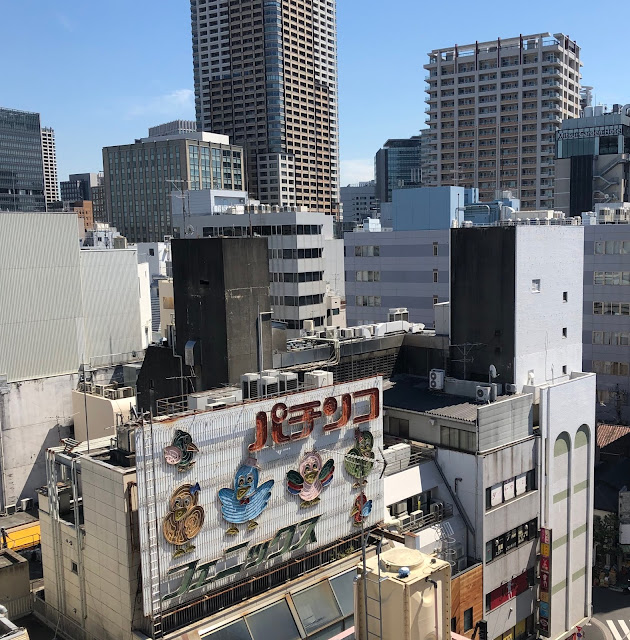 Can We Live Without Beauty? 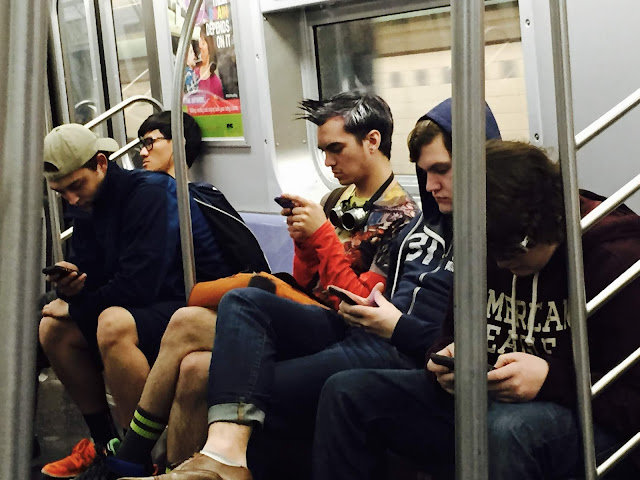 Beauty and the Art of Conversation